THE Herman and William Goeldner families came to Eagle Junction in 1863.

Their property of 60 acres [24.3 hectares] had a frontage to Junction Road and Rose Street and extended eastward to one called Isles Town [could be Isleston Estate] and westward to Shaw Road.

In the late 1800s or early 1900s, Toombul Shire Council purchased from the family a large area facing Kedron Brook.

On Saturday, October 28, 1911, 182 lots within the Goeldner-Isleston Estates, Eagle Junction, were auctioned at three o’clock by Isles Love & Co. The lots were described as beautiful sites and large blocks, from 16 perches to 1.75 acres (404 square metres to 3.136ha) between the railway station and Kalinga Park Recreation Reserve, and auctioneer Love wielded the hammer.

Eagle Junction was described as the pretty garden and splendid train service suburb; the beauty suburb. The newspaper advertisement also advised that the first section of the Goeldner Estate had already been a “phenomenal sales success”.

The area became known as Kalinga Park, however preliminary research [by Nundah & Districts Historical Society members] indicates that for a time after World War I, at least a section of it may have been known as Anzac Memorial Park.

Because research about the inter-war period in the inner northern suburbs has not been productive, it is now obvious that such a research project has become a priority for the Historical Society.

The name Kalinga comes from the Aboriginal word Ngalin-nga, meaning “belonging to us”. Another spelling is Nyalin-nga.

This is accepted by the Place Names Board as the most authentic origin, and probably came into usage in the early decades of last century.

Another explanation is that the name was given to the area by Judge Lutwyche [Alfred James Peter Lutwyche] after he had read of the exploits of Genghis Khan.

However that does not appear to have any foundation, although Kalinga was an ancient kingdom near Delhi in India.

In 1900 the Eagle Junction-Clayfield Progress Association sought a single name for the district. It proposed the name Kalinga. Residents of Clayfield, which was to become Kalinga East, opposed the change and signed a counter proposal, resulting in a stalemate.

In 1911 the Toombul Shire Council, headed by Chairman David Wildermuth, again sought the change to Kalinga, but the move was successfully stalled until pressure for change had abated.

According to Mr Archibald Meston, State Protector of Aborigines at the turn of the 20th Century, the name Kalinga meant beautiful.

During the 1920s residents of Clayfield, Hendra and Eagle Junction were keen for their entire area to be named Kalinga.

[Major] J.W. Wood [1863-1935] and Mr Alexander Wall were Toombul Shire councillors early last century. It is alleged [by some researchers] that they were responsible for the opening of Kalinga Park [see article that appeared in The Brisbane Courier in 1910] and that the name had been suggested by Cr Wood.

It is also alleged that these two councillors supervised the cutting up of the district’s estates and saved Clayfield from the bugbear of blind streets. 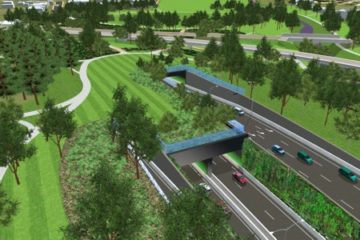 Coo-ee, Kalinga! Airport Link set to bury a local ANZAC memorial ON Monday, May 19, 2008 – almost two years to the day this website made its debut – the fate of Diggers’ Drive was sealed Read more… 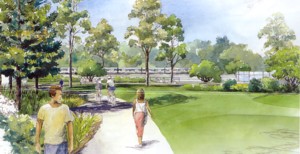